Florenz Ziegfeld was one of America’s best-known and most successful producers. Responsible for some of the greatest light entertainment, the Ziegfeld Follies, and most serious, the musical Show Boat, Ziegfeld left his mark on The Great White Way. In 1910, he broke the color line on Broadway by hiring the highly popular black comedian/singer Bert Williams to perform in his show, despite the fact that many of his white acts said that they would quit. He also created one of the most renowned sexy, and popular roof garden shows of the time. 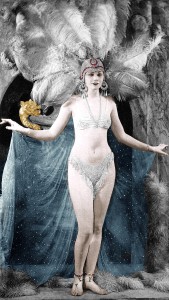 The Follies became Ziegfeld’s signature show. It would define the impresario and fill the stage of the New Amsterdam Theatre with beautiful girls and some of the finest entertainers in the world for more than a decade. The first Follies show premiered in 1907 and the final one in which the great producer actually had a hand was produced in 1931. During that time, Ziegfeld created over 20 different Follies shows with perhaps the most famous ones being produced at the New Amsterdam Theatre from 1913 to 1920 and then from 1922 to 1927. 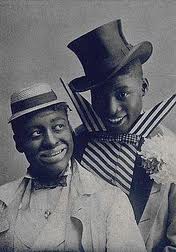 Williams & Walker in the hit show In Dahomey. Williams (left) would headline at the Follies

It was in 1910 that Ziegfeld took a bold step when he hired Bert Williams to appear on his stage. Williams was a very popular black entertainer who was noted for creating comic characters that captured the isolation and pathos of the black experience in America. His most popular song, Nobody, was funny, ironic, and sad, and when William’s sang the tune it seemed as if he was embodying its soulful, heartfelt essence. Although there was controversy at first, Ziegfeld did not back down when pressure was put upon him to cancel Williams’ contract. In fact, Williams would have a long run with the Follies, performing in the various shows until 1919 when he decided to leave due to what he felt was inferior material.

Rooftop gardens, which were theatres situated atop some of Broadway’s theatres, became popular around 1915, and Ziegfeld created one of the most famous ones. First called the Aerial Garden, this theatre was located on the roof of the New Amsterdam Theatre. Ziegfeld’s Midnight Frolic had its initial production in 1915. The show, which could be a little more scandalous than the Follies, eventually became known as the Dance de Follies.

Eddie Cantor in blackface in one of the Midnight Frolics.

Here, the rich, adventurous, and extremely popular could be entertained, titillated, and wined and dined. The shows, services, and entire ambience were that of an upscale nightclub. The Midnight Frolic was less formal, more intimate, and much more interactive in terms of men and women being able to meet and intermingle. 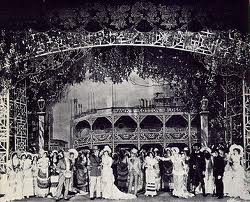 Like so much of what Ziegfeld did, Show Boat was big.

Perhaps the most unusual move of Ziegfeld’s career was his decision to produce the Kern and Hammerstein musical Show Boat. Ziegfeld, who had made his mark by producing variety shows that were light, extravagant, and brimming with beautiful women, decided to back a show that was unlike anything else he had ever done. Not only that, but Show Boat was groundbreaking in many ways, including in the manner in which it dealt with controversial subjects such as racism, addiction, and family.

Ziegfeld was enthusiastic about the show after he heard the first act and agreed to produce it. He wrote, “This is the best musical comedy I have ever been fortunate to get a hold of; I am thrilled to produce it, this show is the opportunity of my life…” However, his calling Show Boat a “musical comedy” is a good indication of the potential that he saw in the new show. As the show was in development and tryouts, he was concerned about over serious songs in the peace, such as “Ol’ Man River” and “Mis’ry’s Comin’ Around.”

Despite misgivings regarding the new musical, Show Boat opened at the Ziegfeld Theatre on December 27, 1927, and critics were immediately enthusiastic about it. Show Boat was a major hit, running 527 performances on Broadway. It later became a major motion picture and has since been revived numerous times. 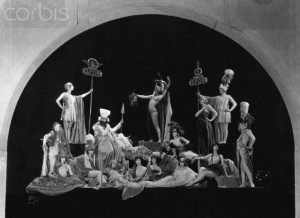 Florenz Ziegfeld re-envisioned Broadway, focusing on creating massive shows that offered audiences diversity in terms of the type of entertainment that they engendered. He was most interested in what would sell, entertain, and connect with his audiences, and for that reason often went against what was commonly accepted. During his lifetime, he was the master at creating the big show, manufacturing the big moment, and presenting the big name.