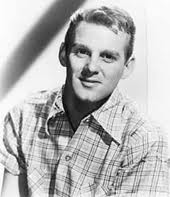 Fosse was typed as a performer and frustrated.

Bob Fosse may have been Broadway’s most influential choreographer-director of the second half of the 20th century. From the 1950s through the 1980s, Fosse choreographed and/or directed-choreographed some of Broadways biggest hits. He started out as an actor-dancer in the early 50s, but by the mid-50s, Fosse was choreographing for stage and film.

In 1973, Fosse did something no had ever done before or since, winning the Tony, Oscar, and Emmy in the same year for direction. He received the Tony for Pippin, the Oscar for Cabaret, and the Emmy for Liza with a Z. Fosse had hit his stride and in the coming years, he’d direct other important works for stage and screen, including the Broadway premiere of Kander and Ebb’s Chicago (1975), which he directed, choreographed, and for which he also wrote the book, and the film Lenny (1974), starring Dustin Hoffman as comedian Lenny Bruce. Lenny was nominated for six Academy Awards.

“You Better Change Your Ways” from All That Jazz

So much of what Fosse offered us on stage and screen was cynical and dark. He seemed to be intrigued by the underside of life and his greatest efforts, including the film fantasy-bio of his own life, All That Jazz (1979), which he wrote, directed, and choreographed, was dripping in cynicism and bleakness. That film portrays a hardened, chain-smoking, drug addicted, womanizing director-choreographer whose energy is fueled by a Type A personality. All That Jazz was nominated for eight Oscars and won three. 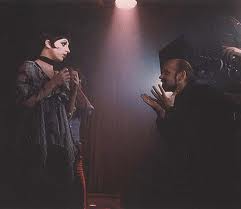 The Broadway premieres of Pippin, and Chicago and the films Cabaret, All That Jazz, and Lenny are Fosse’s best work, and they are also his most sullen and pessimistic. There was something very intriguing about the darkness that seemed to attract the innovative choreographer/director.

Fosse was a major innovator who, in part, was responsible for developing and creating modern theatre dance. He often combined different styles, as he did in the ballet sequence for New Girl in Town. The ballet included jazz, the cancan, a gypsy dance, a march, and an old-fashioned English music hall number.

When choreographing he gave his dancers motivational direction, just like he would an actor. To Fosse dance, like song, was a natural extension of a character’s emotions and actions, and, thus, they required motivation.

“Glory” from Pippin is classic Fosse.

Jazz dance and movement served as the foundation for his work, and he used it to create Fosse-dance, which was highly stylized, featuring muscle isolations, sexuality, contempt, and cynicism. 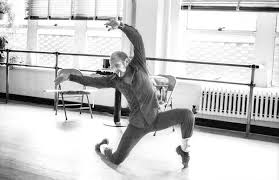 Fosse always seemed to have a cigarette.

A group of Fosse dancers often utilized turned-in knees, sideways shuffling, rolled shoulders, and jazz hands. Hats, gloves, and props were usually prominent in a Fosse number. In his biography on Fosse, All His Jazz: The Life and Death of Bob Fosse, Martin Gottfried notes, “His baldness was the reason that he wore hats, and was doubtless why he put hats on his dancers.”

Bob Fosse created numerous hallmark moments for the stage and screen, and he was instrumental in bringing to life some of the most innovative and stunning stage and film work of the 70s and 80s. Exacting, in-depth, highly stylized and detailed: Bob Fosse was in total control as a director and choreographer. That was truly ironic for a man who was a chain-smoker, heavy drinker, and admitted womanizer. In a masterful manner, Fosse used his darkest demons to create his greatest work. Bob Fosse died of a heart attack in 1987; he was only 60 years old.