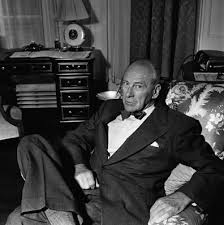 Abbott in his heyday.

At the age of 26, George Abbott appeared in his first Broadway show, entitled The Misleading Lady. It was 1913. It would be a dozen years before he’s see his first play on Broadway. It was called The Fall Guy. The next year, he directed his first Broadway show, Love ’em and Leave ’em, which he also wrote. This was just the start of a 70-year career as a Broadway writer, director, and producer. The 1920s proved to be very important for Abbott, as he write three shows for The Great White Way and directed four. He was fast becoming a sought-after director and writer. 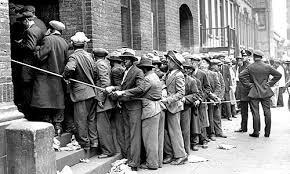 The Great Depression and NYC.

Although the 1930s were a tough time for America and for the theatre, as the Great Depression squeezed the bank accounts of producers, put millions on Relief lines, and saw the introduction of the talking film, which would compete heavily with the stage, it was a productive and lucrative decade for Abbott.

Abbott was a true commercial theatre practitioner who understood what audiences loved and how the stage worked. In 1932, he because a producer. The first show he produced was a played called Lilly Turner. He also co-wrote it with Philip Dunning, and Abbott directed it. The show was a melodrama about a female carnival worker who marries a bigamist and then a drunk. She then has a third romance with another man. 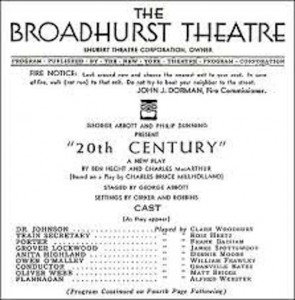 The second show that he produced and directed was Twentieth Century by Ben Hecht and Charles MacArthur. It was a cross-country train comedy that would eventually serve as the basis for the hit musical On the Twentieth Century. With these two shows, Abbott has established himself as a force in the theatre. How important a force he would become would eventually become evident as the decade progressed. 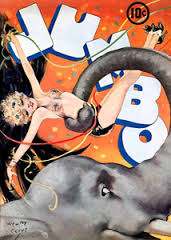 Jumbo was a BIG show.

The 1935 musical Jumbo, which Abbott directed with John Murray Anderson, was big in everyway. The music was by Richard Rodgers, the lyrics by Lorenz Hart and the book by Ben Hecht and Charles MacArthur. The circus musical was produced by Billy Rose and starred Jimmy Durante. The 5,000-seat Hippodrome Theatre was turned into a big top theatre tent and the musical, which was about a financially struggling circus, featured numerous circus acts. At the end of the show, Durante lay down on the stage and had a real elephant place its foot on his head. The musical ran for 233 performances. 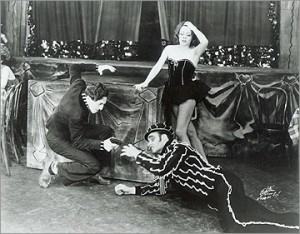 On Your Toes was innovative and featured the work of Balanchine.

Another major work that Abbott contributed to in the 1930s was On Your Toes (1936). Along with Richard Rodgers and Lorenz Hart, Abbott wrote the book, which focused on a Knickerbocker University music teacher’s attempt to get the Artistic Director of the Russian Ballet to stage the jazz ballet Slaughter on Tenth Avenue. The musical includes a love triangle, lots of hot-blooded jealousy, and some cold-blooded murder for hire. On Your Toes, which starred Ray Bolger, marked the first time that a Broadway musical used classical dance in a dramatic fashion while incorporating jazz into its score. It ran for 315 performances.

The Boys from Syracuse 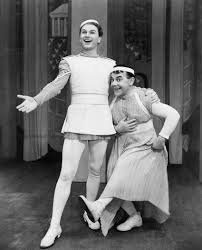 The musical The Boys from Syracuse (1938), which was based on Shakespeare’s The Comedy of Errors, included music by Richard Rodgers, lyrics by Lorenz Hart, and chorography by George Balanchine. The musical, which ran for 235 performances, included various contemporary rhythms and various hit songs, including Falling in Love with Love, This Can’t Be Love, and Sing for Your Supper. What did Abbott do on this innovative work? He wrote the book, directed the show, and served as its producer. In 1963, the show enjoyed a 500-performance Off-Broadway run.

In our next installment on George Abbott (Part III), we’ll look at the 1940s when the masterful theatre artist and producer was a major force in the creation of numerous hits and innovative works, including Pal Joey (1940), On the Town (1944), Billion Dollar Baby (1945), High Button Shoes (1947), and Where’s Charley? (1948). Abbott would be in his 60s at that point, and he would still have five decades of productivity ahead of him. For Part I of our series on Abbott, where we focus on his early development, click here.