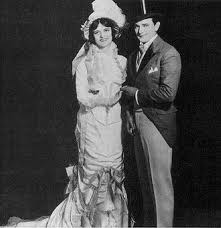 Norma Terris and Howard Marsh were the original Magnolia and Gaylord on Broadway.

Although many will argue that it was Richard Rodgers and Oscar Hammerstein’s Oklahoma! that started the Golden Age of the American Book Musical, we’d be negligent if we didn’t acknowledge the major contributions Show Boat made towards the art form. In fact, you can argue that, yes, Oklahoma! does mark the start of the Golden Age because its popularity pushed so many other writers and composers in the direction of creating musicals with strong books but that Show Boat, which was a good 15 years earlier, established the template for the standard book musical. Why doesn’t Show Boat mark the start of the Golden Age? It’s because after Jerome Kern and Oscar Hammerstein’s Show Boat there was no major push to create more book musicals as there would be later with Oklahoma! 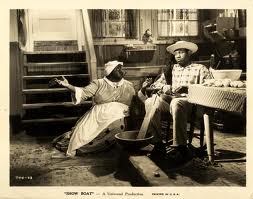 Race was a major issue in Show Boat. Hattie McDaniel (Queenie) and Paul Robeson (Joe) in the 1936 film.

It was first and foremost the subject matter of Show Boat that was responsible for the outcome. By choosing to adapt a work of literature to the stage and turn it into a musical, Hammerstein and Kern had basically committed to creating a musical with a strong plot, realistic characters and important themes. There was no other reason to choose a literary work such as Edna Ferber’s winding and long novel. Show Boat was a serious novel that dealt with large issues.

Of course Kern and Hammerstein knew what they were doing when they decided to base a musical on the sprawling novel. At least, they understood that they were attempting to raise the bar when it came to utilizing musical theatre to create a serious work of art. Show Boat would include elements from the minstrel show, vaudeville and burlesque, but it in no way fit into any of those genres. It was in a genre of its own- the book musical.

In the musical Show Boat, Hammerstein created characters that seemed to be real in terms of where they came from, what they wanted and how they behaved. The writer put them in real situations. Because each character wanted something (had motivation for their actions), they reacted in a relatively realistic manner. The characters were overall complex. Add to that Kerns ability to write music that helped to express each character’s emotional state and Hammerstein’s focus on writing lyrics, poetic verses, rather than just words, and you’ve got the essential elements to create a story of depth. 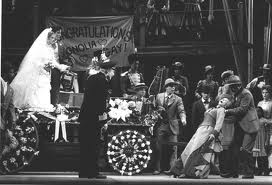 Magnolia and Gaylord wedding scene from the 1994 revival directed by Hal Prince.

As an example, Magnolia wants to be actress and when she’s given the chance to pursue her ambition on the Show Boat two major things occur. First, she discovers she’s good at entertaining and second she falls in love with her new leading man, Gaylord Ravenal. Along with being handsome and charming, Ravenal has a gambling problem that he cannot control. That leads to her giving up her first love, the stage, and marrying her second, Gaylord. They move to Chicago where they enjoy good times and where they must also endure disappointment and fiscal failure. Although Magnolia is totally devoted to Gaylord, she also feels the terrible strain of his gambling. When he abandons her and their baby, she decides to give acting another try. This is not out of a love for the stage, but rather it’s out of love for her daughter who she must now support on her own. 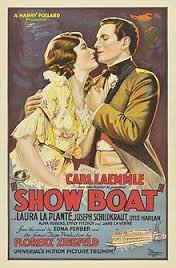 Magnolia and Ravenal’s marriage is a complicated one and much like marriage in real life, it involves negotiation, disappointment, and the ability to weather transitions as well as kindnesses, commitment and pure love. Their relationship is mirrored by four other relationships- Captain Andy and Parthy Ann, Julie and Steve, Joe and Queenie and Frank and Ellie. By utilizing five different love relationships and interconnecting them in many ways, Hammerstein created a highly complex, realistic and refined book.

Kern, like his partner Hammerstein, was interested in creating a musical where each element was equally important when it came to moving the plot forward and offering audiences a musical that was as dramaturgically sound as a well written drama by Eugene O’Neill. Thus, Kern went about composing music that revealed character, had a dramatic progression, and was appropriate in style, tone and overall form. His music also ably allowed performers to expose deep, important aspects of their characters.

As an example, “Ol’ Man River” reveals the pain and sorrow in Joe through its progression, reflecting the nature of Joe’s life, which includes liberal amounts of injustice and sadness and times when he has a semblance of hope that allows him to continue despite the fact that he is often overburdened by society and the rules it has created to keep him down. The music flows, sometimes quickly and other times slowly, like the river itself.

Hammerstein’s lyrics were also able to capture story, propelling it forward, while also revealing the inner essence of a character. As an example, the lyrics of “Ol’ Man River” create an overall picture of life on the Mississippi while giving insights into what Joe must endure on a daily basis. They also show how Joe is torn between continuing on and simply giving up completely.

“Ah, gits weary
An’ sick of tryin’
Ah’m tired of livin’
An’ skeered of dyin’,
But ol’ man river,
He jes’keeps rollin’ along”

The other very important thing that occurs in the song “Ol’ Man River” is the character Joe creates the river metaphor that winds its way throughout the play. That metaphor represents the highs and lows, tempestuous times and calm periods and ongoing struggle that define life for everyone on the Mississippi. 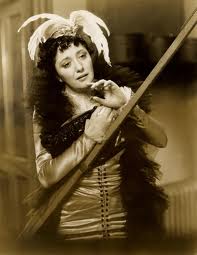 When the curtain came down on Show Boat audiences were not sure of what to do. One reason was because Hammerstein’s book reinforced the “Ol’ Man River” theme. The musical theme runs throughout the show and it is especially poignant when used in the final moments. Show Boat ends with Gaylord returning to Magnolia after having abandoned her 20 years earlier. When he comes back to the showboat Magnolia takes her errant husband back as Joe and the cast reprise “Ol’ Man River.” This is an ending that while offering forgiveness is fraught with a strange combination of sadness and joy. The journey that the audience had gone on throughout the course of Show Boat was bittersweet at best, as it involved racism, addictive behavior, abandonment, and homelessness. The reconciliation that brings down the final curtain may be a happy one but the happiness is greatly tempered by the years of abandonment that preceded it. 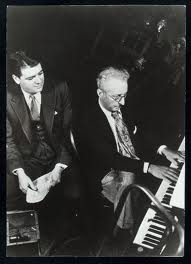 Despite the fact that Gaylord and Magnolia are back together, he has missed a large part of his daughter’s life and for reasons that are connected to his bad judgment and lack of responsibility. With such serious issues on-hand, Hammerstein, who directed the show, decided that when the curtain went down on Show Boat, it would not go back up for a curtain call. Audiences were left to consider what they had seen. Hammerstein had done something no one else had ever done on Broadway before- he did not give the audiences the opportunity to relinquish their connection to the characters and their situations by having the actors break character and take their bows.

Hammerstein and Kern had created a new model for the American musical, basically reacting against musical comedy. Critics and audiences were enthusiastic about Show Boat and it was a major Broadway hit running for 572 performances. But it would not be until 1943 with the premiere of Oklahoma! that Broadway audiences, producers, reviewers and creators would commit to the book musical as the preferred musical theatre genre.