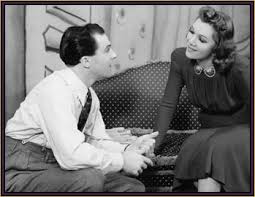 Although George Abbott had established himself as a preeminent director, writer, and producer by the 1930s, the Broadway professional still had a long way to go before he would finally retire. The next three decades were exceptionally rich for Abbott, as he offered Broadway audiences hit shows and innovative theatrical creations.

Abbott seemed to have a penchant for pushing the envelope, especially in terms of redefining the Broadway musical. To that end, two shows from the 1940s were amazingly innovative, Pal Joey (1940) and On the Town (1944). Another show, High Button Shoes (1947), is a good example of how Abbott could and would use his power to try to ensure that whatever project he was involved in had the best chance at success. 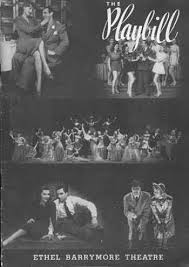 The musical, which included music and lyrics by Richard Rodgers and Lorenz Hart, focused on Joey Evans, a manipulative small-time nightclub performer who will do anything to get what he wants. His ambitions lead him into an affair with the wealthy, middle-aged and married Vera Simpson. Vera is a married woman who loves men and sex.

Pal Joey opened on Broadway on December 25, 1940, at the Ethel Barrymore Theatre. Although the run may seem short, 374 performances, it represents the third longest run of any Rodgers and Hart musical. Gene Kelly starred as Joey, Vivienne Segal as Vera, and June Havoc as Gladys. The cast also included Van Johnson, who would become a major film actor, and Stanley Donen, who would become Kelly’s innovative co-director when the dancer became a film star.

Abbott produced, directed, and due to the fact that author O’Hara was not on the road with the show as it made its way to Broadway, rewrote the book. When it opened on Broadway, Pal Joey got mixed reviews. However, the anti-hero Joey, the controversial character of Vera, and the feeling of emptiness and isolation at the end of the musical make it a unique, groundbreaking Broadway experience. 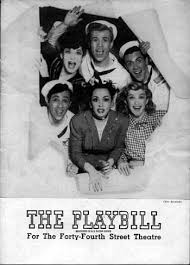 On the Town offered a new type of honesty.

On the Town, which is due to be revived on Broadway during the 2014-2015 season, was a major new work created by some of the most important creative artists to work on Broadway at that time. Abbott directed the show, which proved to be innovative in terms of story, dance, and music. With music by Leonard Bernstein and book and lyrics by Betty Comden and Adolph Green, and choreography by Jerome Robbins, On the Town was loaded with talented artists. The idea for the show was born from Robbins’ 1944 ballet Fancy Free, which he had set to Bernstein’s music.

The musical looks at the World War II New York, and how three sailors on 24-hour leave and the young women who desire them deal with their need for love, romance, and sex. There’s an honesty and openness in the book, making it unusual for its time, and the dance and music were both highly accomplished, invigorating, and theatrical.

The musical introduced several popular, among them “New York, New York”, “Lonely Town”, “I Can Cook, Too” (for which Bernstein also wrote the lyrics), and “Some Other Time”. On the Town premiered on Broadway at the Adelphi Theater on December 28, 1944. It closed on February 2, 1946, after 462 performances.

For George Abbott On the Town was yet another unique offering that confirmed that he had an eye for musicals that were uniquely dealing with revealing the inner pulse of places like New York City. 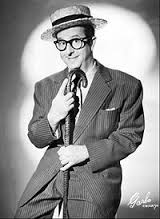 The musical High Button Shoes brought Hollywood veterans composer Jule Styne, lyricist Sammy Cahn, and writer Stephen Longstreet, to Broadway. Based on the semi-autobiographical 1946 novel entitled The Sisters Liked Them Handsome by Longstreet, the story focuses on the comic complications that occur when a family becomes connected to two con men in Atlantic City.

Once again, High Button Shoes brought Abbott and Jerome Robbins together on a Broadway project. Throughout his career, Abbott would connect with choreographers who were innovative, creative, and witty.

Although High Button Shoes was a hit, prior to its opening there were rumors galore that the musical was in grave trouble. Phil Silvers, who was playing the lead, was concerned about the book, as was Abbott. Words such as “hopeless” were being used to describe Longstreet’s libretto, and it was said that both Abbott and Silvers were working on rewrites.

At some point in the process, the Shuberts, who were involved in producing the show, increased the percentage of royalties Abbott would see from the production. This was done to give him a cut of the author’s payment. Although Abbott never received program credit for his work, it’s agreed that he had a big part in saving the book and the musical.

In Part IV of our series on George Abbott, we will focus primarily on the 1950s and early 1960s. During this decade-plus, Abbott gave Broadway some of its biggest hits, as he helped to bring Wonderful Town (1953), The Pajama Game (1954), Damn Yankees (1955), Once Upon a Mattress (1959), Fiorello! (1959), and A Funny Thing Happened on the Way to the Forum (1962) to Broadway. Although he would continue to work on Broadway extensively in the 1960s, and to an increasing lesser degree in the 70s, 80s, and 90s, he would no longer have the magic touch that he possessed for five amazing decades.