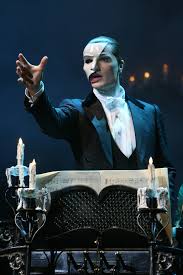 The Phantom of the Opera continues to set new performance marks.

The long run show is the dream of every writer, composer, producer, actor, and just about anyone else in the theatre. Long run, recording breaking shows not only translate into big profits and long term employment, they are prestigious and a part of theatre history.

What’s a long run on Broadway? These days the standard is 1,000 or more performances. To reach that goal a show would have to run two-and-a-half years. Of the thousands of shows that have been staged in Broadway theatres, only 108 have earned that distinction and a majority have been musicals.

Most of us know the long run shows that top the chart– Les Misérables, Cats, Chicago, The Lion King, and, of course, the longest running show in Broadway history (and still open), The Phantom of the Opera. There are, of course, other long run shows we remember, such as Fiddler on the Roof, A Chorus Line, and Oklahoma!

But there’s one major Broadway show that, for its time, set the mark higher than any other, but is forgotten by most of us. Here’s a look at the one that set the record that many thought would stand forever. 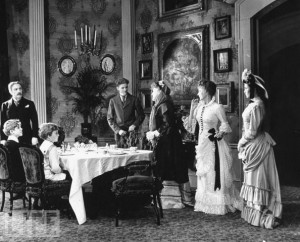 Lindsay and Crouse’s Life with Father, which premiered on Broadway on November 8, 1939, and closed on July 12, 1947, is still the longest running play in the history of Broadway. Despite the fact that musicals such as Oklahoma! opened during its run, Life with Father continued to be popular and, in it’s time, set and held the all-time record for all long runs (musicals, plays, revues, and dance shows) on Broadway, giving a total of 3,224 performances. 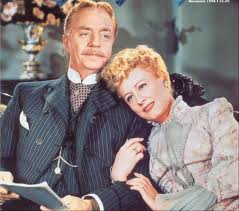 William Powell and Irene Dunne, two of the biggest names of the time, starred in the movie version of Life with Father.

Interesting to note that before Fiddler on the Roof, it was the play and not the musical that kept setting records for long runs. No book musical held the long run record until Fiddler on the Roof and the only pre-1940s musical to post more than 1,000 performances was the revue Hellzapoppin, which was on Broadway from September 22, 1938, through December 17, 1941, having offered 1,404 shows.

Life with Father, which began its run while Tobacco Road was on Broadway, would break the long run record about six years later. 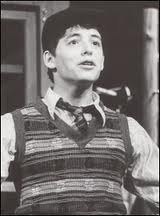 Matthew Broderick was in the last play to top 1,000 performances. He also starred in Torch Song Trilogy.

Since then, it’s been all musicals with the Phantom of the Opera, which opened in 1988, just about two years after Brighton Beach Memoirs closed, holding the record and setting a new one with every show. Phantom has now given over 10,700 performances. That’s a record that probably will remain unbroken.

In another blog, we’ll take a look at what made Life with Father so popular, and why the Broadway long run is now reserved for the musical.