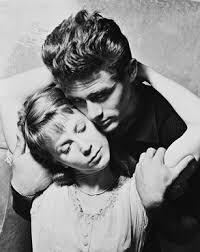 Harris was in East of Eden with James Dean. The two became good friends.

Actress Julie Harris passed away on August 24, 2013, at the age of 87. During her long career as an actress, she had won five Tonys, three Emmys, a Grammy, and had been nominated for an Oscar. She grew up in Grosse Pointe, Michigan, and after attending various elementary and high schools, spent a year at Yale studying theatre. Her career would span eight decades, and much of her time would be spent on the Broadway stage, while also performing in a long list of TV shows and films.

Early Career on the Stage

Harris still holds the record for most Tony nominations for a performer, which is 10. For years she also held the record for most Tony wins by a performer, but her mark of five has since been tied by Angela Lansbury and Audra McDonald. McDonald, who is nominated for another Tony for her portrayal of Billie Holiday, may break that record this year. However, of the three women, only Harris will have won all five in the Best Actress category. 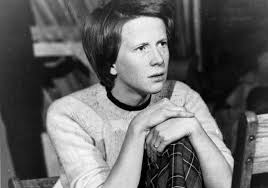 Harris was also a big hit in The Member of the wedding on stage and in film.

If it is broken, the new record for overall performance Tonys will never supplant the memories of the magic that Harris created on stage. It was in 1952 that Harris captured her first Best Actress Tony. That was for her portrayal of Sally Bowles in I Am a Camera. The play, which was the stage adaptation of Christopher Isherwood’s Goodbye to Berlin, was the forerunner to the Broadway musical Cabaret, which was produced in 1966.

In 1956, Harris won her second Tony for The Lark, and in 1968, she received her third for Forty Carats. Her final two were for her portrayal of two historical women. In 1973, she received a Tony for The Last of Mrs. Lincoln. Then Harris played the role that she would be associated with forever, that of Emily Dickinson in William Luce’s one-woman show entitled The Belle of Amherst.

She Was The Belle of Amherst 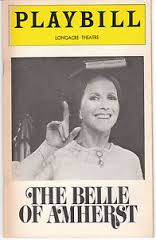 The Belle of Amherst was her definitive role.

The Belle of Amherst, which was directed by Charles Nelson Reilly, earned Harris a Tony in 1977 and, also, a Grammy Award for Best Spoken Recording. In The Belle of Amherst, Harris brought reclusive poet Emily Dickinson to life. Harris made her charming, funny, passionate, and, above all else, deeply human. In what was a tour de force performance, she lit up the stage with the vibrancy of a soul that found solace in her solitude, music in the silent musings of the world, and was, also, gripped by inner turmoil.

Although Harris appeared on TV and in films, including television movies and series, such as Knot’s Landing and movies that included East of Eden, Requiem For A Heavyweight and Gorillas In The Mist, she always found her way back to the stage. Her roles included those in The Playboy of the Western World, Macbeth, The Member of the Wedding, And Miss Reardon Drinks a Little, The Glass Menagerie, A Doll’s House and The Gin Game. 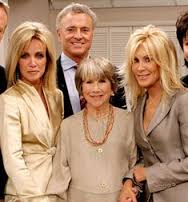 “God comes to us in theater,” she once noted, “in the way we communicate with each other, whether it be a symphony orchestra, or a wonderful ballet, or a beautiful painting, or a play. It’s a way of expressing our humanity.”

That is exactly where she did in every role that she played.

In 1994, she was awarded the National Medal of Arts. This is the highest award an American can achieve for artistic achievement. In 2002, the Tonys awarded her with a lifetime achievement award. In 2005, she was named a Kennedy Center Honoree.

Harris passed away at her West Chatham, Massachusetts, of congestive heart failure, leaving behind a legacy of achievement in acting on the American stage that is unrivaled. She made acting look easy, while capturing the essence of the characters she played.