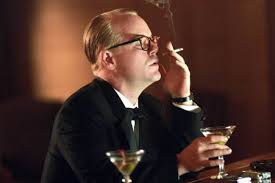 Hoffman won an Oscar for his work in Capote.

The untimely passing of actor Philip Seymour Hoffman makes one stop and think about many things. The ironies of success, what it is to be human, especially the frailty in each of us, and the brilliance of which some are capable. Hoffman reflected the essence of each of these aspects just mentioned and so much more. His time was relatively short, as he died of a drug overdose at the age of 46, but his contributions to entertainment and especially the world of theatre were great. 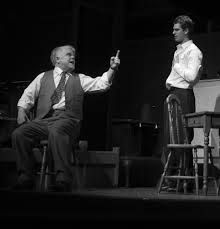 Hoffman appeared on stage in numerous Broadway and Off-Broadway productions. Perhaps the best known and the two that will be remembered were the revivals of Death of a Salesman and True West. In both, he brought power, humor, fragility, and insight. Hoffman ably brought forth Willy Loman’s fear, intensity, and despair in a production that was directed in a stellar manner by Mike Nicholas.

But, perhaps the role Hoffman will and should be most remembered for on Broadway is really two roles, both of which he shared with fellow actor John C. Reilly. In 2000, the two actors took on Sam Shepard’s True West in a manner that was unlike any other. In alternating performances, they switch roles, each playing brothers Lee and Austin and each earning a Tony nomination for their efforts. In the New York Times, reviewer Ben Brantley wrote, “Speaking of competitions, let’s get one crucial thing out of the way. You’ve probably heard by now that Mr. Reilly and Mr. Hoffman are alternating in the lead roles in ”True West”: those of Austin, the ingratiating, orderly Hollywood screenwriter, and Lee, his menacing vagabond of a brother. Rest assured that no matter which performance of the production you attend, there’s no way you’re going to lose.”

It was a production that featured two of America’s best actors, proving their mettle each and every night. 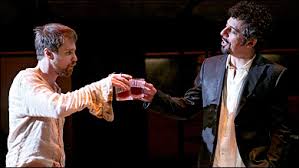 The Last Days of Judas Iscariot

Hoffman was also accomplished on the other side of the table, as a director and artistic director. From 2000 through 2008, he was involved in close to 15 Off-Broadway shows, including serving as director of and artistic director for the powerful drama The Last Days of Judas Iscariot, which was presented at The Public Theatre.

As a director, Hoffman enjoyed discovering the essences of new work and helping to bring innovative plays to the stage. Other productions include Jack Goes Boating, The Little Flower of East Orange, and Jesus Hopped the A Train. 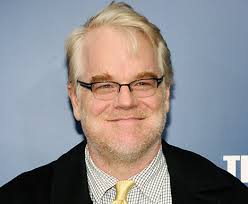 Hoffman, in an interview with NPR on the production of Death of a Salesman in which he starred, made an observation about Willie that, perhaps, also offers insights into the actor himself.

Hoffman noted, “Well, yeah, it’s easy to judge Willy. You know, that’s the thing. It’s really easy to judge Willy. But I think ultimately, at the end of the play – yeah, I mean, really, people are very moved by this play; more than, I think, any play I’ve done. And, you know – and also, just to be loved, I think, is like, the thing that gets you up in the morning. And ultimately, I mean, if we wanted to say what the play’s about, you know, wanting to be loved.”

He was loved by many of us, and he will be missed.

Please see other Broadway Scenes Remembered articles on this site, including The Sexual, Cynical Styling of Bob Fosse and Nobody Bert Williams the Soulful Comedian.