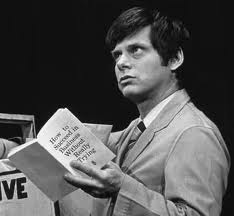 Robert Morse in How to Succeed…

Robert Morse certainly proved that he knew how to succeed on Broadway when he played the lead in the original production of How to Succeed in Business without Really Trying. As J. Pierrepont Finch, the window washer on his way up in the world of big business, Morse became a star. Along with winning the Tony, Morse had a long run in the Broadway musical that opened on October 14, 1961 at the 46th Street Theatre, which is now the Richard Rodgers Theatre, and closed on March 6, 1965 after 1,417 performances. This huge success made Morse an actor who was know throughout the country. Just what made his performance so great? There were many factors. Here are a few of them.

Morse charming and funny on What’s My Line

Morse was not your typical looking leading man. But his charm and charisma played on Broadway as did his singing and acting chops. He was smart and ingratiating, like the character he played, and his comic timing was impeccable. He had a regular guy persona that was spiced up by a sort of wry, innocent bad boy quality. He was the perfect match for the role and, to put it simply, audiences loved him.

How to Succeed in Business without Really Trying won a slew of awards, including six Tonys and the Pulitzer Prize. Based on Shepherd Mead’s short book of the same name, the musical featured music by Frank Loesser and a book by Abe Burrows, Jack Weinstock, and Willie Gilbert. The satire on American business and success offered audiences a winning underdog story (something we love), a wonderful score and hilarious characters. Audiences are taken along on a unpredictable career ride in which somehow Finch is able to use his wits to survive every test, despite the fact that the odds are always against him.

He Believes in Him

Although How to Succeed… has a love story, as Finch falls for Rosemary and she does the same for him, this is a musical very much focused on some qualities that define an American- individualism, intelligence and the ability to reach the top no matter who you are. 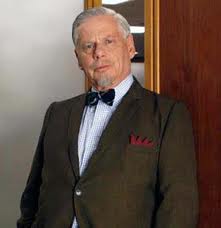 Miorse has been on many hit TV shows, including Mad Men.

Robert Morse was truly magical on Broadway in How to Succeed in Business without Really Trying. It was not his first role of note, but J. Pierrepont Finch would define him for many years to come. Over 20 years later, in 1989, he would win another Tony. This time is was for Best Lead Actor in a Play. Morse played Truman Capote in the one-man show Tru and was once again a huge hit on Broadway. His creation of the lead in How to Succeed… at the 46th Street Theatre is a Broadway Scene to remember.

Broadway Ghosts and Myths: The Ghost of David Belasco »