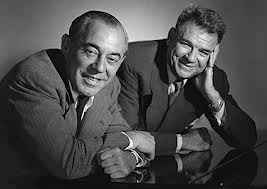 The new team- Rodgers and Hammerstein.

In the history on musical theatre, Oklahoma! Is one of the most produced Broadway shows. Every day, this musical is being performed somewhere around the globe. Although today Oklahoma! may seem to be a bit creaky and old, when it opened on Broadway in 1943 , it was groundbreaking. Many people doubted it viability. Many people didn’t understand the power of what was the first collaboration between Richard Rodgers and Oscar Hammerstein. Oklahoma! had a lot going against it. But it did have two things in its favor- a brook writer/lyricist, Hammerstein, who was always interested in raising the musical theatre bar, and a composer, Rodgers, who was also exceptionally motivated to create a new and different American musical. 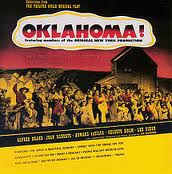 Oklahoma! was the first musical to feature the original cast with the show’s original chorus accompanied by the Broadway orchestra.

To raise money amongst potential investors, Rodgers and Hammerstein presented their new work to a gathering of well-heeled New Yorkers in the luxurious home of one of their supporters. As Mary Rodgers, Richard’s daughter, tells the story, the writing team performed the piece for the gathering with Rodgers playing the tunes on a piano. The result- not one person invested cash in the show. If one person had put just $1,000 towards the Oklahoma! that night, they would have realized millions in profit.

There were various elements working against Oklahoma! It certainly wasn’t lost on anyone that Hammerstein had written a series of flops over the past six years and in that time had not had one hit show. Also, the source material was unimpressive to many. Oklahoma! was based on a relatively unknown and unsuccessful show produced by The Theatre Guild called Green Grow the Lilacs. 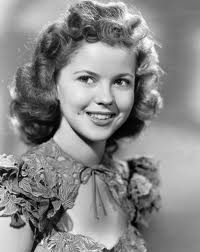 Shirley Temple was suggested as Laurey, but the writers said “no.”

Another concern was that Rodgers and Hammerstein decided that they would not make the show a musical comedy, which was popular with the public because the genre included a focus on jokes, vaudeville bits and interpolated songs. The writing team wanted to be true to the original intention of the source material, which was homespun and honest. They also raised eyebrows when they decided to eschew stars. Shirley Temple had been suggested for Laurey and Groucho Marx for Ali Hakim. But they wanted actors and non-stars who could play and sing the roles.

Another potential problem was that Agnes De Mille had been hired to choreograph the show. She had never before done a Broadway musical. But her input would be exceptionally important. When Hammerstein outlined the story of what would become the Dream Ballet (ending Act One) and De Mille read it, she told him it was all wrong and that Hammerstein didn’t understand the anxieties and dreams of a young woman like Laurey. De Mille was given the artistic license to create what would be a hallmark moment in American musical theatre and her Dream Ballet choreography along with the other dance numbers she created became legendary and influenced musicals for the next two decades.

“No Legs, No Jokes, No Chance” 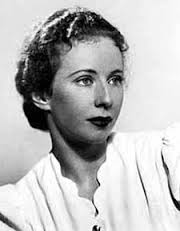 Many thought De Miille was a bad choice.

After seeing the first act of Oklahoma! during a New Haven tryout, producer Mike Todd is credited with commenting, “No legs, no jokes, no chance.” (Actually, Todd referenced a different part of the female anatomy and not “legs” in his comment, but it has been sanitized over the years.) However, the show, which was originally entitled Away We Go!, garnered good reactions in New Haven and Boston before it made its way to Broadway. There were a few changes made prior to the New York opening, including cutting the song “You’ll Never Walk Alone” (which was sung by Aunt Eller to Laurey at the end of the show) and inserting the rousing “Oklahoma!” That’s also when they found the title for the musical. (Of course “You’ll Never Walk Alone” ended up in the musical Carousel.) 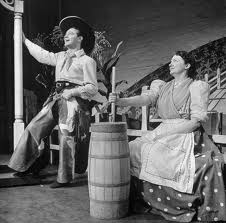 The opening was lyrical and quiet.

When Oklahoma! closed in 1948 it had run a total of 2,212 performances and it was then the longest running musical in Broadway history. It had won a special Pulitzer Prize, set a new standard for Broadway musicals in which the music, lyrics, book and choreography were all an integral part of the story and made Rodgers and Hammerstein the new, hot musical theatre writing team. Today, it’s considered to be a classic. But before it premiered on Broadway it was seen by many as being a very bad risk.