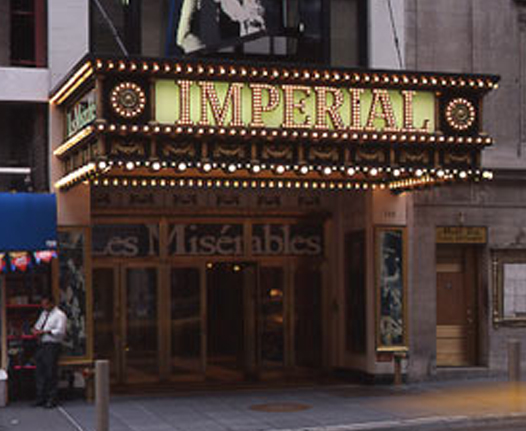 The Imperial designed by Krapp.

Herbert J. Krapp (1887-1973), who was born in New York City and studied at the Cooper Union Institute, is known for designing Broadway theatres and other buildings of note. Of the 40 Broadway theatres now standing, Krapp designed 13 and redesigned two. He also designed the Morosco Theatre, which was demolished in 1982. He was known for his ability to utilize space to the fullest degree, designing each theatre carefully in order to fully facilitate productions and audience enjoyment of the theatrical event.

Krapp designed theatres with specific intentions in mind. As an example, the Imperial Theatre was designed to accommodate musicals. The Imperial was designed to replace the outdated Lyric Theatre and it was the fifteenth Shubert theatre. It opened on December 25, 1923 during the Broadway theatre building boom. The first show was a musical by Oscar Hammerstein II and Vincent Youmans entitled MaryJane McKane. 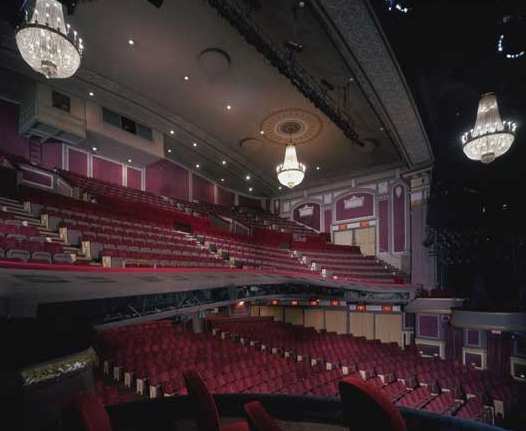 The Imperial features a wide house.

The house, which seats just over 1,400, is rectangular and is wider than it is long. This allows a greater number of patrons to sit closer to the stage, helping to connect them more directly with the production. Krapp was also a master at creating generous sightlines, which meant those in attendance got a better view of the entire production and were more likely to feel its full impact

Krapp was noted for using Adam-style. This graceful style utilized recessed ceiling and ornamental wall panels. The panels are intricately decorated with a various motifs, including floral patterns and geometrics.

Before and After the Stock Market Crash

Krapp started his design career with Herts & Tallant but left the firm in 1915. By 1916 he was intimately connected in the design of theatres for the Shubert brothers. Along with being the Shuberts’ primary architect, he also designed theatres for the Chanin brothers. Krapp was in the midst of a theatre building boom that would come to an end in 1929 when the stock market crashed.

Despite the lack of new Broadway theatre design opportunities, he remained with the Shuberts until 1963. Krapp was involved in the maintenance and renovation of existing structures. He died in 1973 in Florida.