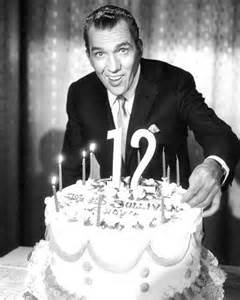 It was the 1950s and early 1960s that Americans welcomed Broadway into their living rooms each and every Sunday night. Families gathered around black and white console televisions to popular programs, including The Ed Sullivan Show and What’s My Line? The Ed Sullivan show gave America a glimpse of what was presently running on Broadway, while What’s My Line? Often included Broadway talents on the panel and as their mystery guest of the evening.

And Now On Our Stage Tonight

The Ed Sullivan Show (1948-1971) didn’t just bring the hottest pop performers to all of America. Yes, Sullivan did introduce Elvis Presley, The Supremes, and The Beatles, but the variety show also showcased Broadway talent and shows. Sullivan, who had been a Broadway a gossip columnist, was tapped to host the new TV show, which was first called The Toast of the Town. Sullivan became known as a star maker, and a short gig on his show meant that you had made it.

On any given Sunday, you could see a song from a Broadway hit. Famous performances include Carol Lawrence and Larry Kert singing “Tonight” from West Side Story (1958), Julie Andrews and the Broadway cast performing “Wouldn’t It Be Loverly?” from My Fair Lady (1961), the cast of Hair (1969) offering two numbers, “Aquarius” and “Let the Sunshine In,” and “Oklahoma!” (1955) with John Raitt and conducted by Richard Rodgers.

The original cast of the hit rock musical Hair.

In 1968, Sullivan, always the master showman, featured the great Broadway composer Irving Berlin singing his anthem “God Bless American.” Berlin’s thin, sweet voice offered a heartfelt rendition of an initial verse, and then the curtain behind him went up to reveal a backup chorus of Girl Scouts and Boy Scouts.

Julie Andrews and the Broadway cast of My Fair Lady.

The Ed Sullivan Show aired early on Sunday night from 8-9 pm on CBS. What’s My Line?, which was on the same network, aired at 10:30 pm.

What’s My Line? (1950-1967) was a quiz show that featured John Daly as the host. Daily was a well-educated journalist who was a bit nerdy, a tad dapper, and whole-heartedly charming. His four-member guest panel, whose job it was to discern what profession someone was in (that is the “line” in what’s my line was their line of work) was usually comprised of noted New Yorkers, which often included actress Arlene Francis, columnist Dorothy Kilgallen, publisher Bennet Cerf, actress Kitty Carlisle, actor Tony Randall, humorist Henry Morgan, publisher Helen Gurly Brown, and others.

Julie Andrews prior to film stardom.

Angela Lansbury was in Town and visited.

With What’s My Line?, U.S. TV viewers got to see the Broadway personality, which was real treat. Here was a Broadway performer, to a degree being him/herself, in your living room. These were magic moments when Broadway reached out to everyone and just about everyone could afford to go see a Broadway show.

The 1950s and 60s were a golden age for New York theatre and television, as Broadway stars appeared live on Ed Sullivan and What’s My Line? This was a happy and enchanting marriage of what were then two live mediums. Sullivan’s variety show was basically vaudeville on TV and with Daly as a host, What’s My Line? was a show that comfortably connected with its viewers. That era is now long gone. It was a short-lived and very special time.