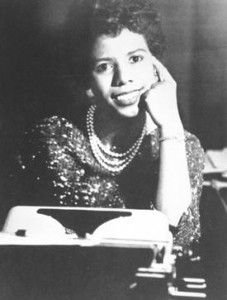 In the first of our two-part series focusing on those who changed Broadway, we looked at five influential people from the first half of the 20th century. They were George M. Cohan, Florenz Ziegfeld, Eugene O’Neill, Oscar Hammerstein II, and the Shubert brothers. In the second part, we consider five more important theatre people who in some way had a major influence on Broadway.

Playwright Loraine Hansberry gave us one major play before her untimely death, but it was an important one. A Raisin in the Sun changed Broadway forever. In terms of firsts, it was the first play written by a black woman to be produced on Broadway and it was the first Broadway show to have a black director, Lloyd Richards.

Richards, Hansberry and cast members Sidney Poitier and Claudia McNeil were nominated for Tonys. Most producers thought that a show that focused on a black family and that featured almost exclusively black characters could not succeed on Broadway. The New York Drama Critics’ Circle named it best play and the show ran for almost two years before enjoying a successful national tour. As America entered the 1960s, this one drama signaled a major change in the subject matter of Broadway shows.

It has had various successful revivals and a Tony winning musical adaptation entitled Raisin. It will be revived again on Broadway during the 2013-2014 season with Denzel Washington and Diahhan Carroll. 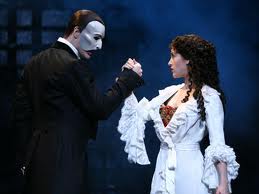 Hal Prince gave us numerous hit musicals, including the longest running one- The Phantom of the Opera.

In 1955, Hal Prince coproduced Pajama game with veteran director/producer George Abbott. Pajama Game was Prince’s initial effort as a Broadway producer and it won him his first Tony Award. Twenty more Tonys would follow, but more importantly Prince would change Broadway by bringing a host of groundbreaking musicals to the stage. Over the years, he has shown a penchant for bringing a wide range of works to the stage.

His productions include the innovative West Side Story, the premiere of the final great book musical Fiddler on the Roof; the first production of Stephen Sondheim’s ensemble musical Company, and highly successful premieres of spectacle, modern opera musicals such as Evita and The Phantom of the Opera. Phantom, which premiered in 1988, is still running on Broadway. He also revived Kern and Hammerstein’s Show Boat in 1995, winning the Drama Desk and Tony for direction.

Prince is the most successful Broadway producer/director of all-time. 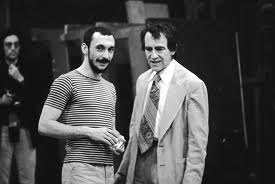 Joe Papp’s Off-Broadway venue, The Public Theatre, would have a huge impact on NYC theatre and on Broadway. At The Public, Papp was responsible for supporting the creation of numerous hits, including the rock musical Hair, the highly popular revival of Gilbert and Sullivan’s The Pirates of Penzance, Ntozake Shange’s poetic For Colored Girls who Have Considered, and the long run, backstage musical A Chorus Line.

A Chorus Line was a career unto itself. Papp, who supported the development of the project, saw it win nine Tonys, win the Pulitzer Prize and run for 6,137 performances. Papp used profits from the Broadway run to fund numerous projects including the creation of various venues for theatre in NYC and the Save the Theatres movement, which looked to preserve precious Broadway landmarks.

He was instrumental in helping to form the careers of numerous young playwrights, including David Rabe, Larry Kramer, Jason Miller, and Thomas Babe. Plus, he fostered the works of William Shakespeare through the creation of the New York Shakespeare Festival’s Delacorte Theatre, which featured the works of Shakespeare and other writers.

Papp brought the voices of playwrights to the stage, upheld the importance of the classics, and created a bridge between Off-Broadway and Broadway. 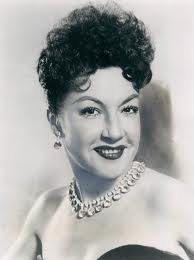 Most people in the theatre have no idea who Hung Chang Lin is. In fact, most people don’t know who he is. However, Hung Chang Lin, who is also known as Jimmy Lin, created a device that is responsible for one of the biggest changes in the Broadway stage in the 20th century. He is credited with inventing the wireless microphone. Every Broadway production, major touring company, and many regional and university productions now utilize these devices.

The wireless microphone has changed Broadway performances in many ways. It has negated the need for actors to utilize certain voice projection techniques, has allowed for the electronic isolation and highlighting of voices on stage, and been partly responsible for the creation of a new design category in the theatre, sound. The wireless revolution started in the 1980s and since then Broadway sound has never been the same. 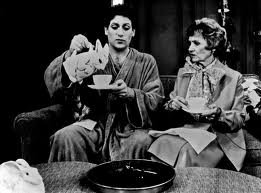 There are so many writers who have had big influences on the Broadway stage and that makes this final choice very difficult. Harvey Fierstein has been chosen for a few reasons. His collection of three plays, Torch Song Trilogy, which went into development in the late 1970s and became both Off-Broadway and Broadway hits, brought gay themes into the forefront, making them part of mainstream theatre. In 1982 with its Broadway premiere, Torch Song Trilogy won Fierstein two Tonys (Best Actor and Best Play).

Fierstein’s work has focused in numerous areas, with much of his writing being concerned with those who in some way are disenfranchised. Over the years, he has written librettos for some of Broadway’s biggest hits, including La Cage aux Folles, Newsies and Kinky Boots.

Although his latter successes have certainly offered him commercial gains, Torch Song Trilogy is still perhaps his most important effort as much like Hansberry’s A Raisin in the Sun it opened Broadway to openly investigating subject matter that many had previously found to be noncommercial and objectionable.

As mentioned in Part One of 10 People Who Changed Broadway, this is one person’s list. Not everyone will agree with all of my choices and certainly some may not agree with any. But each of the ten people chosen for these two blogs have in some way been responsible for transforming Broadway- in some way what they have done has changed the idea about what a Broadway show should and could be. These are the right people in the right place and the right time, and their contributions have been witnessed by and influenced millions upon millions of theatre professionals as well as audience members.