james Cagney said, “Everything I learned, I learned in vaudeville.”

Vaudeville has a lifespan in the U.S. and Canada of about 50 years, starting in the 1880s and ending in the 1930s. It became the place where entertainers from around the world could make it big with 10 minutes of stage brilliance, buffoonery, or bombastics. Singers, dancers, jugglers, magicians, musicians, actors, comedians, dog and pony shows and specialty acts of all kinds were welcome.

Vaudeville is descendent from variety, which occurred in music halls and saloons, and the lyceum circuit, which prospered in the U.S. from the 1830s- 1870s. Variety gave vaudeville its mix of acts, while the lyceum offered vaudeville a vision of the road, as well as the idea that Americans liked seeing various types of entertainment. If variety was for those who liked to drink and carouse, lyceum entertainment was geared towards attracting a respectable clientele, especially families. 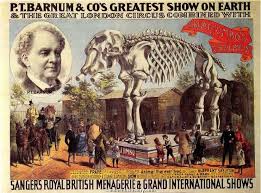 Vaudeville was influenced by the circus and other forms of entertainment.

Vaudeville, when it began, was more closely associated with variety than the lyceum. The vaudeville houses had bad reputations for attracting drunks, prostitutes, and the common rabble. But there was more money to be made from the growing middle class families of America, and due to the vision of a few businessmen, vaudeville cleaned up its act.

Vaudeville also grew from America’s love of other types of entertainments, such as the circus, minstrel shows, and medicine shows. In a way, vaudeville became the crossroads where many different forms of entertainment met to create a new form. 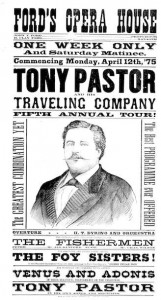 Three men are commonly associated with transforming vaudeville from a form of entertainment for the lower classes to an evening out for the middle classes or those with middle class sensibilities. They are Tony Pastor, a former circus ringmaster, B.F. Keith, a former circus performer, and E.F. Albee, a former ticket collector for P.T. Barnum.

Tony Pastor is credited with cleaning up the vaudeville theatres and attracting the middle class. He banned alcohol, forbid any form of licentiousness on the stage or in the theatre, and ensured that material and acts were acceptable to the general public, including families. He gave away gifts, such as hams, to audience members.

B.F. Keith and E.F. Albee teamed up in Boston to operate the Bijou Theatre in Boston, Massachusetts. Keith and Albee would go on to develop one of the most prestigious and biggest vaudeville chains in the United States. They were headquartered in New York City and from there they sent bands of entertainers across America. Families were guaranteed that when they went to a Keith-Albee vaudeville house that they would see performers who offered respectable acts and led respectable lives. 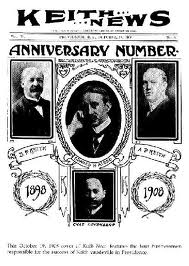 Albee was the ultimate manager, and he took over the theatrical operations, and also, around the turn of the century, he opened the United Bookings Office in NYC. Albee booked most of the major vaudeville circuits in the U.S. and received a 5% commission for doing so.

Some of the biggest names of the mid-20th century got their start in vaudeville. Eddie Cantor, Ray Bolger, Judy Garland, George Jessel, Burns and Allen, Milton Beryl, Burt Williams, James Cagney, Will Rogers, Bob Hope, and Ethel Merman are just a few names that cut their teeth in vaudeville and then made it big on Broadway, the radio, in movies and/or television. 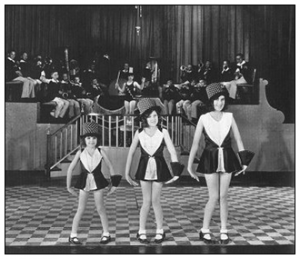 In the 1930s, vaudeville began a steady decline and by the end of the decade it was dead. Why did this occur? The Depression certainly hurt attendance and the birth and popularity of talking (and singing) movies that seemed to bring stars to town instantly provided some fierce competition. Ironically, it was Keith and Ablee who first starting showing movies in their theatres as a novelty many years before.

Still, aspects of vaudeville survived. From 1948-1971 on CBS-TV, the Ed Sullivan Show brought a weekly vaudeville show into American living rooms every Sunday night. The Hollywood Palace did the same on ABC-TV on Saturday nights from 1964-1970. Plus, various stars, such as Judy Garland and Dean Martin, offered variety shows on TV. And, today, on late night programming such as Letterman, we can still find sketch comedy, musical acts, and stand-up, which were all a part of vaudeville.

But vaudeville itself is gone. It was a magical era when people around the country could see a potpourri of talent that included some of the biggest names in the business.