There are hundreds of people, perhaps thousands, who in some way have changed the American theatre. This blog concerning that subject is in no way exhaustive. In fact, this is the first of many posts that Broadway Scene will offer focusing on those who in some manner have altered the American theatre. This first column looks at three people from the 18th and 19th centuries, before the long run, the rise to prominence of the Broadway theatre, and the development of the American voice in playwriting.

Royall Tyler was not a theatre professional, but he did dabble in the art form. His contribution to the American stage is in the art of playwriting. It was Tyler, who would become an important lawmaker, judge, and politician in Vermont, who is credited with writing the first successful American play. It was a comedy entitled The Contrast.

Written in 1887, The Contrast is important because it is an early attempt to differentiate American values from those held by people who populated England and the European mainland. It was also the first American comedy to be performed by professional actors. Set in New York City, where it was first produced, The Contrast utilizes many aspects of English Restoration comedy, including comedy of manners. In working to define the differences between Europeans and Americans, The Contrast introduces the Yankee character by the name of Jonathan.

The Yankee character became a stock character on the American stage for much of the 19th century. He represented many American virtues, including honesty, genuineness, hard work, and simplicity. He is not about outward appearance, but rather, about having a moral center. 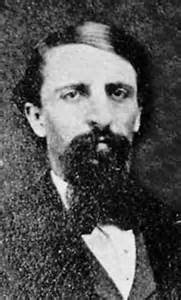 Josiah Holbrook created the first lyceum in the United States. It was called the Millbury Branch Number 1 of the American Lyceum. Founded in 1826 with the belief that education was a lifelong experience, it was dedicated to the instruction of the American public. Located in Massachusetts, the first lyceum was a place that people could go to attend a lecture on an array of subjects, from Shakespeare to geology and from ancient history to symphonic music. For the next 40 years, the lyceum movement embraced the belief in the need to educate the public in an ongoing fashion.

However, after the Civil War, lyceums started to focus more and more on entertainment, offering lectures by famous speakers such as Mark Twain, Oscar Wilde, Frederick Douglass, or Susan B. Anthony; concerts, minstrel shows, vaudeville, and short plays; presentations featuring Shakespearean monologues, and more. The fact that it started to offer and depend upon popular entertainment to attract audiences actually led to the demise of the lyceum, which had developed a fairly healthy circuit of venues throughout New England and the Midwest. It was in the late 1970s that the lyceum, after approximately 50 years, became defunct. 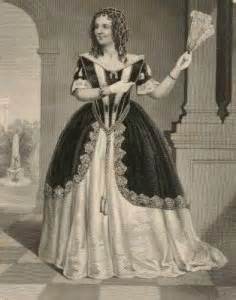 Anna Cora Mowatt, who was also known as Anna Cora Mowatt Ritchie, was an American writer, actress, and public reader. Her play Fashion, which premiered on the New York stage at the Park Theatre on March 24, 1845, is considered to be the best American comedy of the 19th century. Like Tyler, Mowatt offered audiences a comedy that depicted American characters and contrasted their values to those of people in Europe.

Fashion utilized various conventions of English comedy, offered a Yankee character, and presented a racist stereotype in the character of Ezekiel. If anything, Mowatt’s play not only captures two segments of American society, those who are consumed with the latest European fashion and who are all show and those who embody and emulate American ideals of simplicity, hard work, and honesty, but it also gives us a very clear, honest, and striking picture of race relations in America, including the liberal North before the Civil War. This picture is disturbing at best, as blacks are seen as being the subjects of ridicule, abuse, and disrespect.

The first three examples of early influences on the American stage in this blog provide us with some important background regarding how the U.S. viewed those from other cultures, what we thought of ourselves, and how we dealt with people who we felt were inferior. The three people featured in this blog were breaking new ground and beginning to set standards for entertainment in the U.S.