In 2017, the Pulitzer Prizes will mark the beginning of their second century of giving prizes for Letters, Drama, and Music. The Pulitzer Prize for Drama was one of seven original Pulitzers established in 1917. During its 99-year history, the dramatic prize has been awarded 84 times, leaving 15 years when no theatrical piece received the award. It’s purpose is the recognize the best theatrical stage work produced in the U.S. during the preceding calendar year.

Originally, the Pulitzer Prize for Drama conformed to the Broadway season, and plays produced from March 2 or one year through to March 1 of the next were considered. But in 2007, the eligibility period was changed from January 1 through December 31.

A Change in Focus 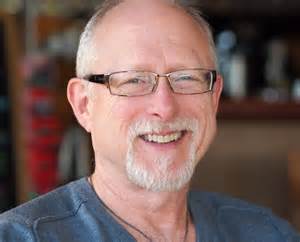 When the prize was first established only plays produced in New York were considered. However, that changed in 1992 when The Kentucky Cycle by Robert Schenkkan was chosen to receive the award prior to playing New York. Since that time, a large number of prize-winners have been chosen after receiving a production outside of New York and before ever coming to The Great White Way or Off-Broadway. This change recognized a shift in American playwriting that had occurred years before when new play development and production shifted from Broadway to the regional theatres of America.

No Award Given and Controversy

The first time no Pulitzer Prize for Drama was given was the initial year, 1917. The following year Why Marry? by Jesse Lynch Williams received the first Pulitzer Prize in those category ever. In 1919, once again, no prize was awarded to a stage work. Then from 1920, when Eugene O’Neill received his first Pulitzer for Beyond the Horizon, through 1941, an American stage work was designated for the prize.

The prize winners are selected by a committee of jury, which is comprised of three theatre critics and one academic. They recommend a stage work that they feel is worthy of the prize to the Pulitzer advisory board, which has the power to veto their decision. This has occurred numerous times.

In 1963, the committee selected Edward Albee’s Who’s Afraid of Virginia Woolf? to receive the Pulitzer Prize for Drama. But the trustees of Columbia University, who served as the advisory committee, overruled that selection. They felt that the drama was too controversial. There was no prize given that year or the following year. In 1967 Albee did receive his first Pulitzer Prize for his play A Delicate Balance.

In 1955, Tennessee Williams’ drama Cat on a Hot Tin Roof received the award due to Joseph Pulitzer, Jr. putting pressure on the jury. The jury thought it was the weakest of the three under consideration and preferred Clifford Odets’ The Flowering Peach or Maxwell Anderson’s The Bad Seed. 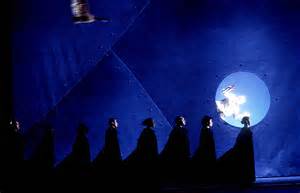 Robert Wilson and the Civil Wars

In 1986, there was no award given due to the jury’s selection of the CIVIL warS. Director Robert Wilson, who created the CIVIL warS, staged it at the American Repertory Theatre in Cambridge, Massachusetts. The two-and-a-half hour production was a fragment of an unfinished work that Wilson envisioned as being 12 hours long. The advisory board opposed the award.

Here are some interesting tidbits concerning the Pulitzer Prize for Drama:

Eugene O’Neill has won the most- four
Edward Albee would be tied with O’Neill if Who’s Afraid of Virginia Woolf? had been approved by the board
First woman to win the prize- Zona Gale for Miss Lulu Bett (1921)
The first musical to receive the prize was Of Thee I Sing (1932) by George S. Kaufman, Morrie Ryskind and Ira Gershwin
7 musicals have been chosen for the Pulitzer Prize for Drama
Over the span of six years (1936-1941), Robert E. Sherwood won the prize three times
Play with the longest title to win- Paul Zindel’s The Effect of Gamma Rays on Man-In-The-Moon Marigolds (1971)
Play with the shortest title to win- Archibald MacLeish’s J.B. (1959)
1963-1974- Timespan in years when the number of awards given (6) equaled awards not given (6) 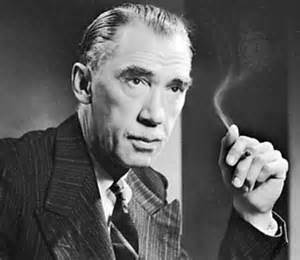 Robert Emmet Sherwood was an American playwright, editor, and screenwriter 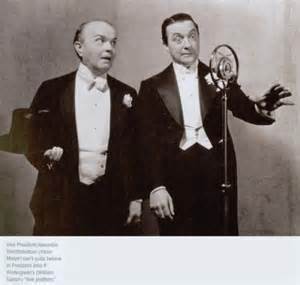 2015 Between Riverside and Crazy by Stephen Adly Guirgis
2014 The Flick by Annie Baker
2013 Disgraced by Ayad Akhtar
2012 Water by the Spoonful by Quiara Alegría Hudes
2011 Clybourne Park by Bruce Norris
2010 Next to Normal, music by Tom Kitt, book and lyrics by Brian Yorkey
2009 Ruined by Lynn Nottage
2008 August: Osage County by Tracy Letts
2007 Rabbit Hole by David Lindsay-Abaire
2006 (No Award)
2005 Doubt, a parable by John Patrick Shanley
2004 I Am My Own Wife by Doug Wright
2003 Anna in the Tropics by Nilo Cruz
2002 Topdog/Underdog by Suzan-Lori Parks
2001 Proof by David Auburn
2000 Dinner With Friends by Donald Margulies
1999 Wit by Margaret Edson
1998 How I Learned to Drive by Paula Vogel
1997 (No Award)
1996 Rent by the late Jonathan Larson
1995 The Young Man From Atlanta by Horton Foote
1994 Three Tall Women by Edward Albee
1993 Angels in America: Millennium Approaches by Tony Kushner
1992 The Kentucky Cycle by Robert Schenkkan
1991 Lost in Yonkers by Neil Simon
1990 The Piano Lesson by August Wilson
1989 The Heidi Chronicles by Wendy Wasserstein
1988 Driving Miss Daisy by Alfred Uhry
1987 Fences by August Wilson
1986 (No Award)
1985 Sunday in the Park With George; music and lyrics by Stephen Sondheim, book by James Lapine.
1984 Glengarry Glen Ross by David Mamet
1983 Night, Mother by Marsha Norman
1982 A Soldier’s Play by Charles Fuller
1981 Crimes of the Heart by Beth Henley
1980 Talley’s Folly by Lanford Wilson
1979 Buried Child by Sam Shepard
1978 The Gin Game by Donald L. Coburn
1977 The Shadow Box by Michael Cristofer
1976 A Chorus Line conceived, choreographed and directed by Michael Bennett, with book by James Kirkwood and Nicholas Dante, music by Marvin Hamlisch, and lyrics by Edward Kleban
1975 Seascape by Edward Albee
1974 (No Award)
1973 That Championship Season by Jason Miller
1972 (No Award)
1971 The Effect of Gamma Rays on Man-In-The-Moon Marigolds by Paul Zindel
1970 No Place To Be Somebody by Charles Gordone
1969 The Great White Hope by Howard Sackler
1968 (No Award)
1967 A Delicate Balance by Edward Albee
1966 (No Award)
1965 The Subject Was Roses by Frank D. Gilroy
1964 (No Award)
1963 (No Award)
1962 How To Succeed In Business Without Really Trying by Frank Loesser and Abe Burrows
1961 All The Way Home by Tad Mosel
1960 Fiorello! Book by Jerome Weidman and George Abbott, music by Jerry Bock and lyrics by Sheldon Harnick.
1959 J. B. by Archibald MacLeish
1958 Look Homeward, Angel by Ketti Frings
1957 Long Day’s Journey Into Night by Eugene O’Neill
1956 Diary of Anne Frank by Albert Hackett and Frances Goodrich
1955 Cat on A Hot Tin Roof by Tennessee Williams
1954 The Teahouse of the August Moon by John Patrick
1953 Picnic by William Inge
1952 The Shrike by Joseph Kramm
1951 (No Award)
1950 South Pacific by Richard Rodgers, Oscar Hammerstein II and Joshua Logan
1949 Death of a Salesman by Arthur Miller
1948 A Streetcar Named Desire by Tennessee Williams
1947 (No Award)
1946 State of the Union by Russel Crouse and Howard Lindsay
1945 Harvey by Mary Chase
1944 (No Award)
1943 The Skin of Our Teeth by Thornton Wilder
1942 (No Award)
1941 There Shall Be No Night by Robert E. Sherwood
1940 The Time of Your Life by William Saroyan
1939 Abe Lincoln in Illinois by Robert E. Sherwood
1938 Our Town by Thornton Wilder
1937 You Can’t Take It With You by Moss Hart and George S. Kaufman
1936 Idiots Delight by Robert E. Sherwood
1935 The Old Maid by Zoe Akins
1934 Men in White by Sidney Kingsley
1933 Both Your Houses by Maxwell Anderson
1932 Of Thee I Sing by George S. Kaufman, Morrie Ryskind and Ira Gershwin
1931 Alison’s House by Susan Glaspell
1930 The Green Pastures by Marc Connelly
1929 Street Scene by Elmer L. Rice
1928 Strange Interlude by Eugene O’Neill
1927 In Abraham’s Bosom by Paul Green
1926 Craig’s Wife by George Kelly
1925 They Knew What They Wanted by Sidney Howard
1924 Hell-Bent Fer Heaven by Hatcher Hughes
1923 Icebound by Owen Davis
1922 Anna Christie by Eugene O’Neill
1921 Miss Lulu Bett by Zona Gale
1920 Beyond the Horizon by Eugene O’Neill
1919 (No Award)
1918 Why Marry? by Jesse Lynch Williams
1917 (No Award) 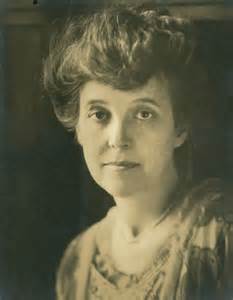 Zona Gale was an American playwright. She was the first woman to win the Pulitzer Prize for Drama, in 1921.